CINCINNATI, OH – May 29, 2014:  The Pittsburgh-based rock trio, Chrome Moses, will be in Southwest Ohio the weekend of June 13-14, 2014.  On Friday, June 13, Chrome Moses will headline Canal Public House (in the Oregon District), with support from Dayton’s Salvadore Ross. On Saturday, June 14, Chrome Moses will join Cincinnati’s award-winning, The Whiskey Shambles, at Mainstay Rock Bar (downtown).

Chrome Moses prides itself on being a straight-up, no-nonsense rock group.  “We are a Rock and Roll band. We seriously lay claim to that term,” Chrome Moses’ bassist T.J. Connolly explained in a recent interview for Sound Scene Express, a Pittsburgh-area music blog.  “It describes us best. Our music has a lot of energy and at times some punch. But, we really try to let it swing as well.”

Pairing Chrome Moses with The Whiskey Shambles seemed like a no-brainer, states Shambles’ bassist, Brother James, “We caught these guys in Pittsburgh last summer, and knew they were going places.  We dug their vibe and immediately wanted to do a show with them as soon as they got as far west as Cincinnati.  This show is a perfect match – two hard-hitting bands with a strong blues influence.”

“There is a blues element to our music,” continues Connolly, “we dig Cream and a lot of real deal 50′s and 60′s rock bands, we also love The Strokes and The Clash and Queens of the Stone Age.  [We] always wanted a band that can kind of cut loose.”

The June shows will be Chrome Moses’ Southwest Ohio debut, although they’ve been playing many different venues in Northeast Ohio for some time now.  “I know this is just the beginning,” says Brother James.  “You’re gonna see these guys touring here and all over the Midwest, way more in the future.  This is the show to say, ‘I knew them when…’.”

CHROME MOSES WILL BE AVAILABLE FOR INTERVIEWS AND IN-STUDIO PERFORMANCES IN THE CINCINNATI AREA ON SATURDAY, JUNE 14.
PLEASE CONTACT T.J. CONNOLLY TO SCHEDULE:
tjconn@yahoo.com, 412-266-4633

Chrome Moses is a soulful rock and roll band from Pittsburgh, PA. Chrome Moses’s groove encompasses brawny musicianship and screaming guitar that will enthrall audiences. From your favorite jukejoint to the festival mainstage, Chrome Moses is poised to melt faces and make people sweat. Chrome Moses gives you the hardest fastest rock and roll that is by no means heavy metal. A 50’s groove and a 60’s swagger illustrate the sound of the band: you’ll hear guitars and bass and thumping drums on the two. 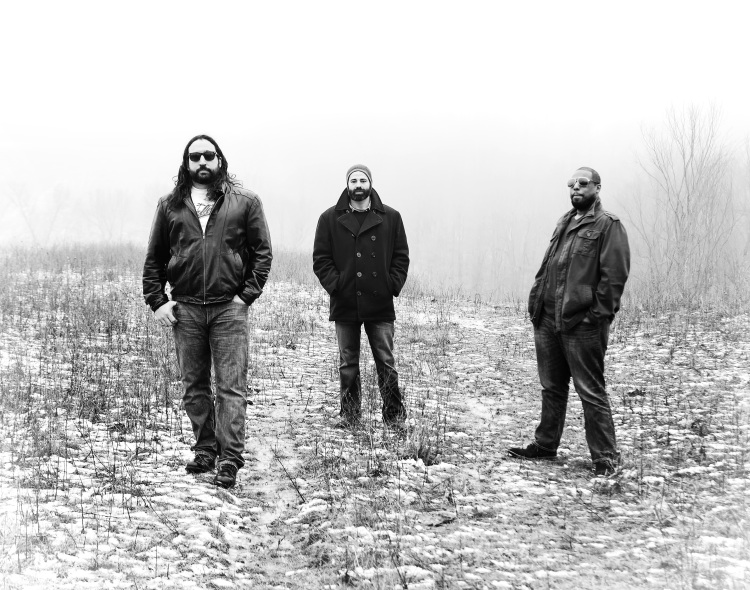 “We are a Rock and Roll band. We seriously lay claim to that term. It describes us best. Our music has a lot of energy and at times some punch.  We love the simplicity of a 3 piece rock band, and this is a band that can cut loose.”

MEDIA FOR BROADCAST
Chrome Moses’ music can be heard here, and two singles — Black Hearted Girl andMainline — are available for download and are encouraged to be included in on-air rotation, especially for preview/promotion of these upcoming shows.

MORE INFO
You can also preview their music and get to know the band better through their videos, Facebook page, and Twitter feed.

About The Whiskey Shambles:

The Whiskey Shambles are an original garage rock/basement blues band from Cincinnati, OH, formed in 2012 by Nathan Singer, of Starshaker and Absinthium fame, and Brother James, founder of the Cincinnati Entertainment Award-winning blues band Voodoo Puppet.  Their sound has been compared to Screaming Jay Hawkins, The Black Keys, Ten Foot Polecats, The Heavy, Gary Clark Jr., Black Diamond Heavies, and The White Stripes.  They have been described as, “R.L. Burnside and Black Sabbath jamming with Nina Simone in a burned-out rum shack, using opium for incense.”

In April (2014) they won the Northeast Ohio Blues Association (NEOBA) Blues Challenge are now set to compete in the International Blues Challenge (IBC) in Memphis, TN in January 2015. 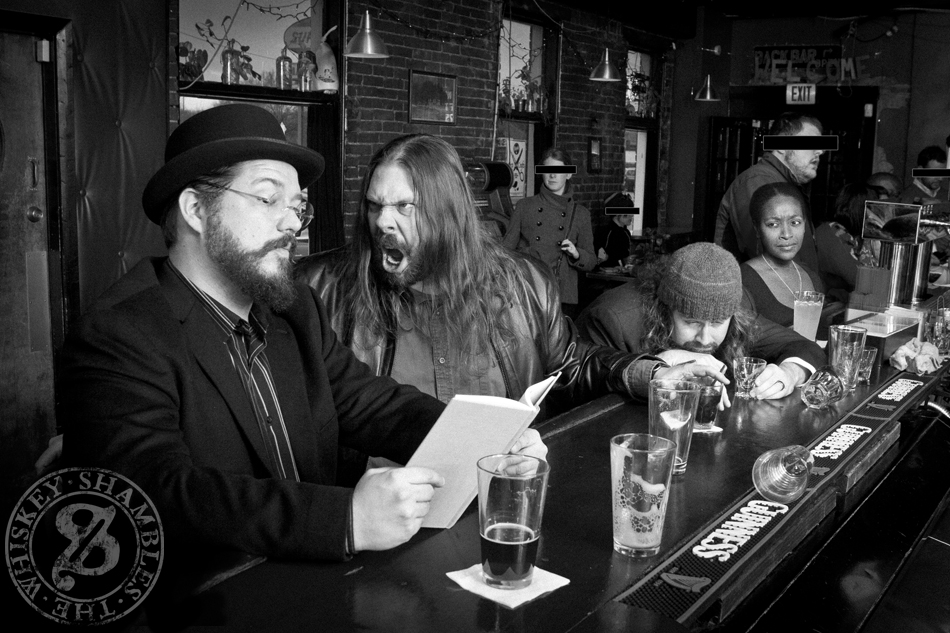 The Shambles are currently working their way through the dive bars and juke joints of the Midwest and Rustbelt, with occasional trips to more exotic locales, like Nashville or Buffalo, New Orleans or Asheville, Atlanta or NYC. They won the 2014 Northeast Ohio Blues Challenge, and have been chosen to represent Northeast Ohio at the 2015 International Blues Challenge in Memphis, TN. The Shambles have been nominated for a 2014 Cincinnati Entertainment Award in the Blues category, CityBeat magazine’s Best of Cincinnati 2014, and several of their song releases have earned critical acclaim. In 2012 they released the EP, “ONE LAST BLAST: Live at the Mad Frog.” Set to release their first LP — “Loose Change for a Broken Man” — in Summer of 2014, they are already working on their second full-length album.

MORE INFO
Learn more about The Whiskey Shambles at WhiskeyShambles.com, including their Press Kit, Music, and Photos.

“The Shambles are like the soundtrack for a Quentin Tarantino movie that hasn’t been made yet.”
— Cincinnati Creative

“You guys hit hard! No one else is doing what you do.”  “I like the re-arrangements and the uncommon instrumentation/presentation. Thanks. Refreshing!”  “Truly a fresh take on the blues – I appreciate the originality – hope you succeed.”
– Judges’ Remarks, Northeast Ohio Blues Challenge

“Wow! Where have YOU been all my life, Whiskey Shambles? Blind Willie McTell meets Exile on Main St. meets Howlin’ Wolf. LOVE IT! …and… Holy cow! Your version of Mother Earth sounds like a nasty gumbo of Memphis Slim, Hound Dog Taylor, Elmore James, and maybe even a tiny bit of Moby Grape.”
— Aron Levin, The Heaters

“Between the heavier instrument arrangement and the dark supporting vocals that stay true to the original, yet enhance the impact of the part, the piece breathes new life into one of Slim’s best-known songs. The result adds a heavy and somewhat psychedelic rock feel to a song that always had weighty lyrics, but only mildly dark instrumentation in its original and most-well known recordings.”
— George Francis, CincyGroove