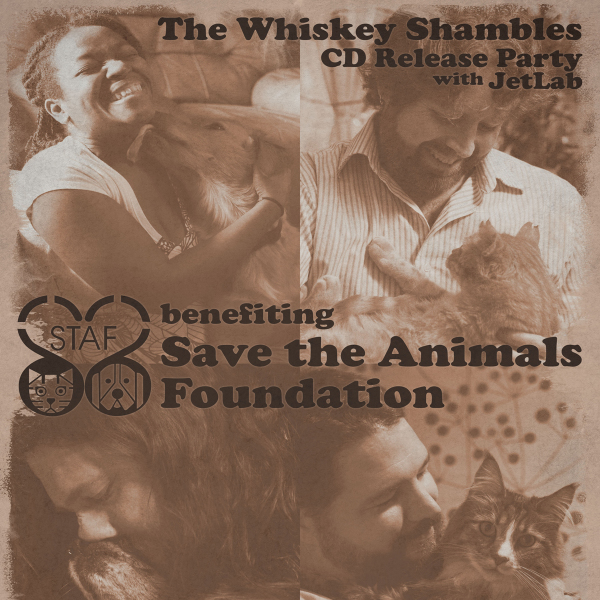 JetLab to Open the Show, Singers from MUSE and YPCC Perform with Shambles

CINCINNATI, OH – November 11, 2014:  On Saturday, November 15, The Drinkery, on Main Street in Over-the-Rhine, will be rocking with music of two local original bands, as well as two local choir groups — and the evening will benefit a no-kill animal shelter.

Most CD release events have an opening act, and The Whiskey Shambles’ show this weekend is no exception. Local 3-piece band JetLab will kick off the evening with their unique mix of rock and soul with dance and electronica. Fronted by songwriters Elle Crash and Nick Barrows, with drummer Dave Welsh, the members of JetLab have been performing together for over a year, and are set to release their own CD later this year.

The Shambles are also adding an extra element to their set by including members of MUSE – Cincinnati’s Women’s Choir and the Young Professionals Choral Collective on select songs. “We wanted to do something very special for this event,” explains Shambles frontman Nathan Singer.  “So we decided to collaborate with other local artists on a number of the songs for this show, to create a larger palette and soundscape for those pieces.”

“It just made sense to go to some of the great local choral groups we have and ask them to lend their voices and ideas to this project,” says Brother James, who produced The Shambles’ latest album, ‘Loose Change for a Broken Man,’ which will be released on Saturday.  “The parts we arranged for LaTanya on the album, and the way she took them over the top, lent themselves to being grown into something larger and more dynamic.  Adding the amazing talents of the members of these choirs transforms these songs, for a unique experience that will only be heard at this show.”

In addition to all the musical stops The Whiskey Shambles are pulling out for this show, the band will be collecting donations for Save the Animals Foundation at the door, donating a portion of merchandise sales to the organization, and raffling off a customized and signed (by The Shambles) bass guitar, with raffle proceeds going to STAF. 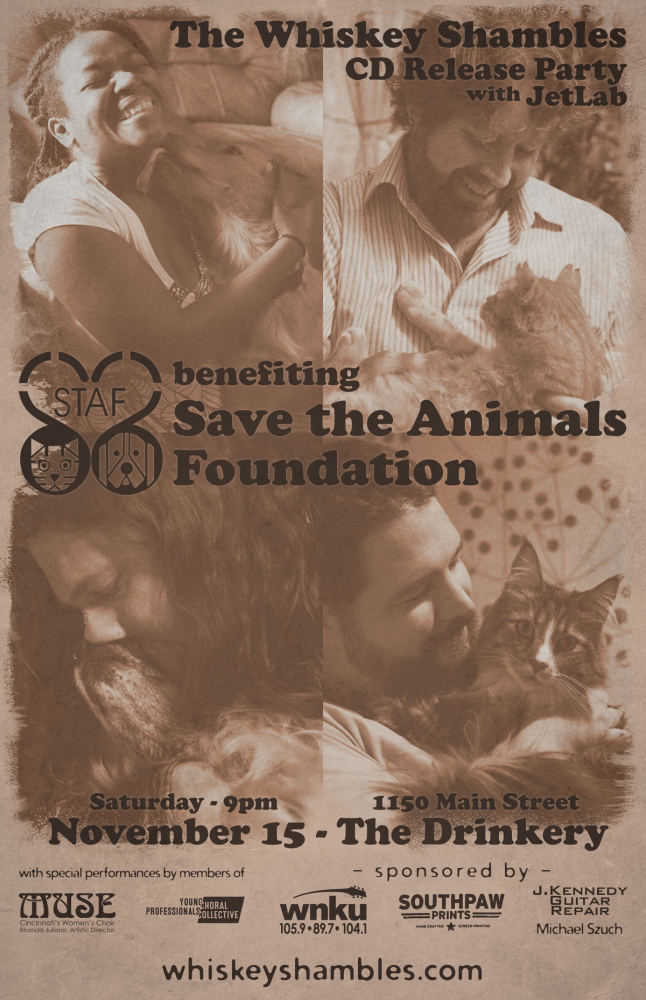 The Shambles are currently working their way through the dive bars and juke joints of the Midwest and Rustbelt, with occasional trips to more exotic locales, like Nashville or Buffalo, New Orleans or Asheville, Atlanta or NYC. They won the 2014 Northeast Ohio Blues Challenge, and have been chosen to represent Northeast Ohio Blues Association at the 2015 International Blues Challenge in Memphis, TN. They have also been invited to showcase at the 2015 Millennium Music Conference. The Shambles have been nominated for a 2014 Cincinnati Entertainment Award in the Blues category and several of their songs have earned critical acclaim. In 2012 they released the EP, “ONE LAST BLAST: Live at the Mad Frog,” and in September of 2014 they released a second EP, “Stumbling Toward Beale Street.”  Their first full-length album, “Loose Change for a Broken Man,” will be released in November of 2014.